CERCA centres and their research community base their work on respect and equality between all involved. Both the management of research and the policies of eligibility, employability, institutional representation, distribution of resources and evaluation must be based on the fair assessment of people and avoid possible biases and discriminatory tendencies. 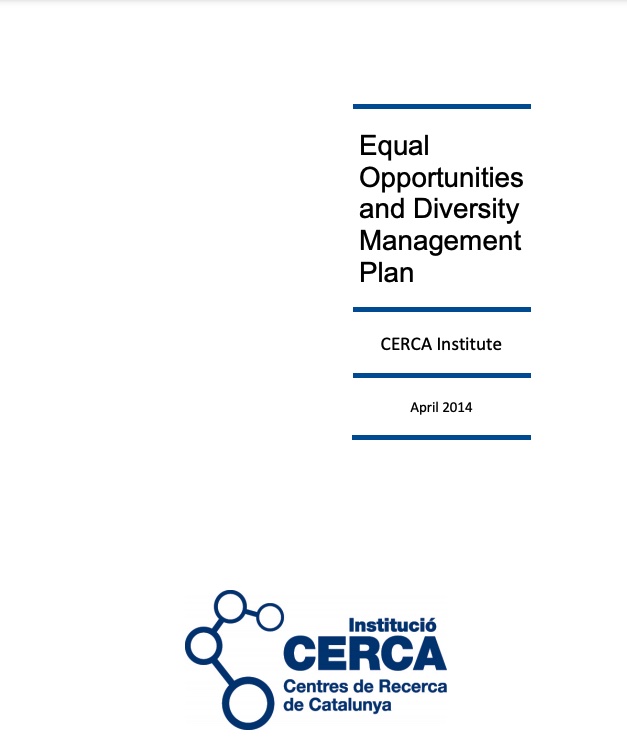 Although women have begun to enter some scientific fields in greater numbers, their mere increased presence is not evidence of the absence of bias. To the extent that faculty gender bias impedes women’s full participation in science, it may undercut not only academic meritocracy, but also the expansion of the scientific workforce needed for the next decade’s advancement of national competitiveness. (Corinne A. Moss-Racusin [et al.], 2012).

In some areas, analysis shows an unequal distribution of investments in research for men and women. There are fewer women receiving funding as principal investigators, with fewer studies funded with lower funding amounts when successful (Michael G. Head [et al.], 2013).

To change this situation, CERCA’s equality commission has designed a model equal opportunity and diversity management plan. This plan provides a recommended model that CERCA centres can adapt to their circumstances and, thus, implement the corresponding measures.

Putting the right measures in place should produce a gender balance that will lead to greater creativity and excellence in the scientific and technological dynamics of CERCA centres.

A site-wide Call to Action Section! Have you fallen in love yet? Buy This Theme!

This website uses cookies to improve your experience while you navigate through the website. Out of these, the cookies that are categorized as necessary are stored on your browser as they are essential for the working of basic functionalities of the website. We also use third-party cookies that help us analyze and understand how you use this website. These cookies will be stored in your browser only with your consent. You also have the option to opt-out of these cookies. But opting out of some of these cookies may affect your browsing experience.
Necessary Always Enabled
Necessary cookies are absolutely essential for the website to function properly. This category only includes cookies that ensures basic functionalities and security features of the website. These cookies do not store any personal information.
Non-necessary
Any cookies that may not be particularly necessary for the website to function and is used specifically to collect user personal data via analytics, ads, other embedded contents are termed as non-necessary cookies. It is mandatory to procure user consent prior to running these cookies on your website.
SAVE & ACCEPT