Increasing the role of women in the system is an objective shared by numerous scientific institutions in Europe.

The Institució CERCA has taken a firm approach to this issue, bringing in specific measures to encourage the development of a gender perspective in Catalonia’s centres of research excellence.

The figures drawn from the second round of CERCA assessments for 2016-2019 demonstrate similar trends to those seen in the rest of the research system. Similar numbers of men and women are entering scientific careers, but as soon as the doctorate stage is completed, a gender imbalance that disadvantages women begins to become apparent, and at the very top of the scientific career ladder only 27% of the holders of the most senior scientific posts are women.

There are many reasons for this, and they are not just related to motherhood and work-life balance. The system itself pushes women out, by failing to provide a suitable working environment or through the exercise of unconscious bias when recruiting.

International Day of Women and Girls in Science. Data 2020. 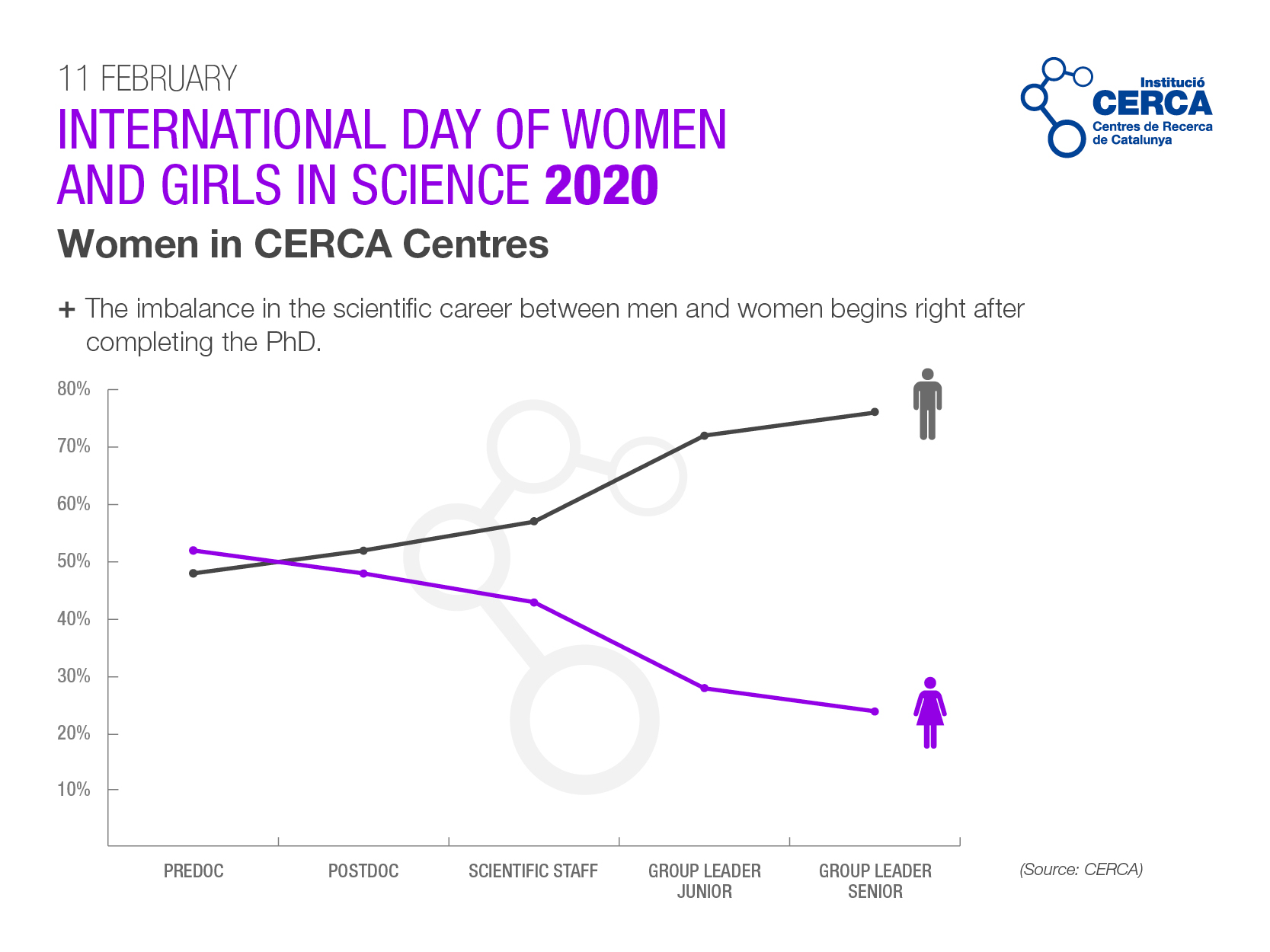 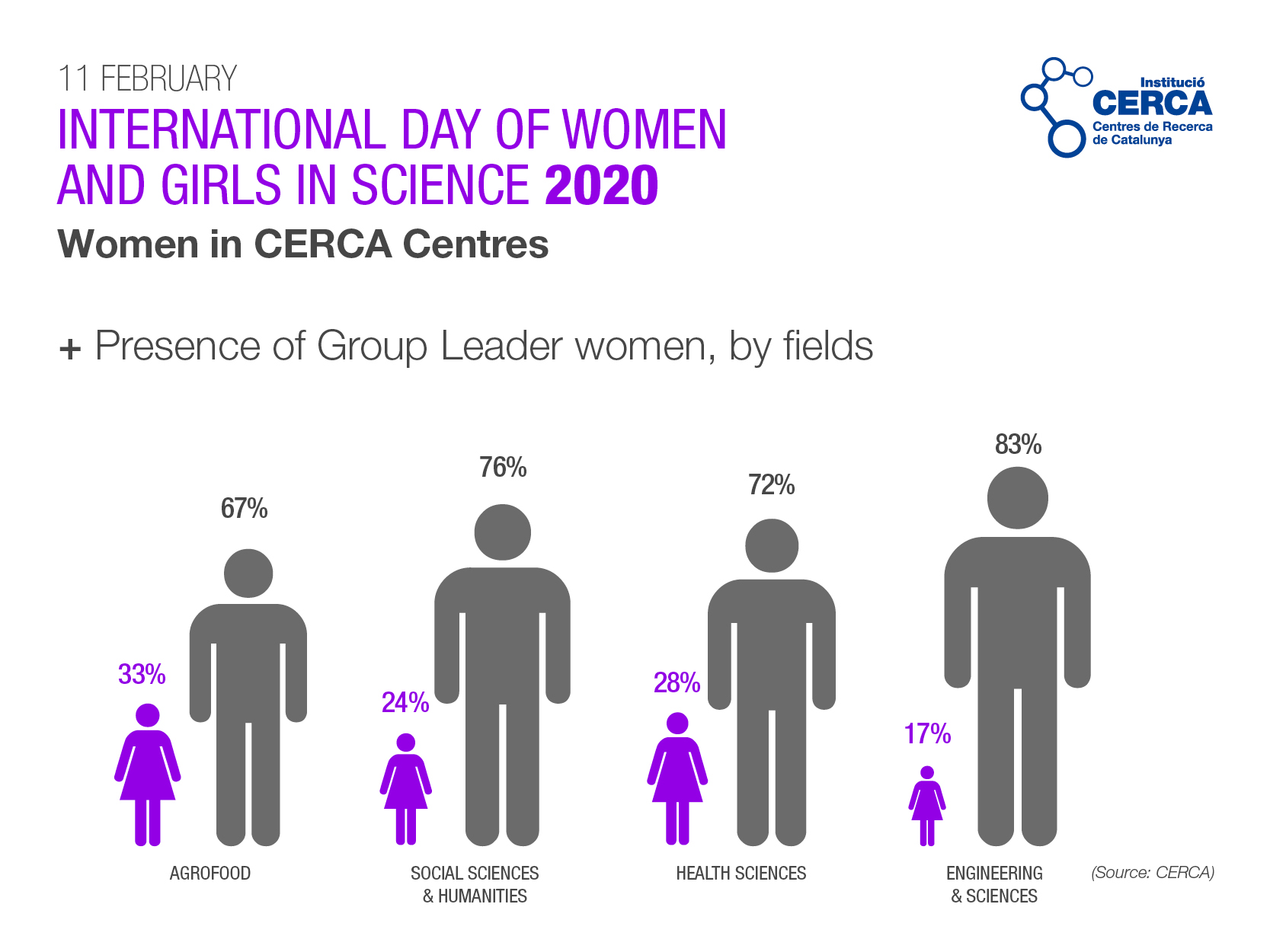 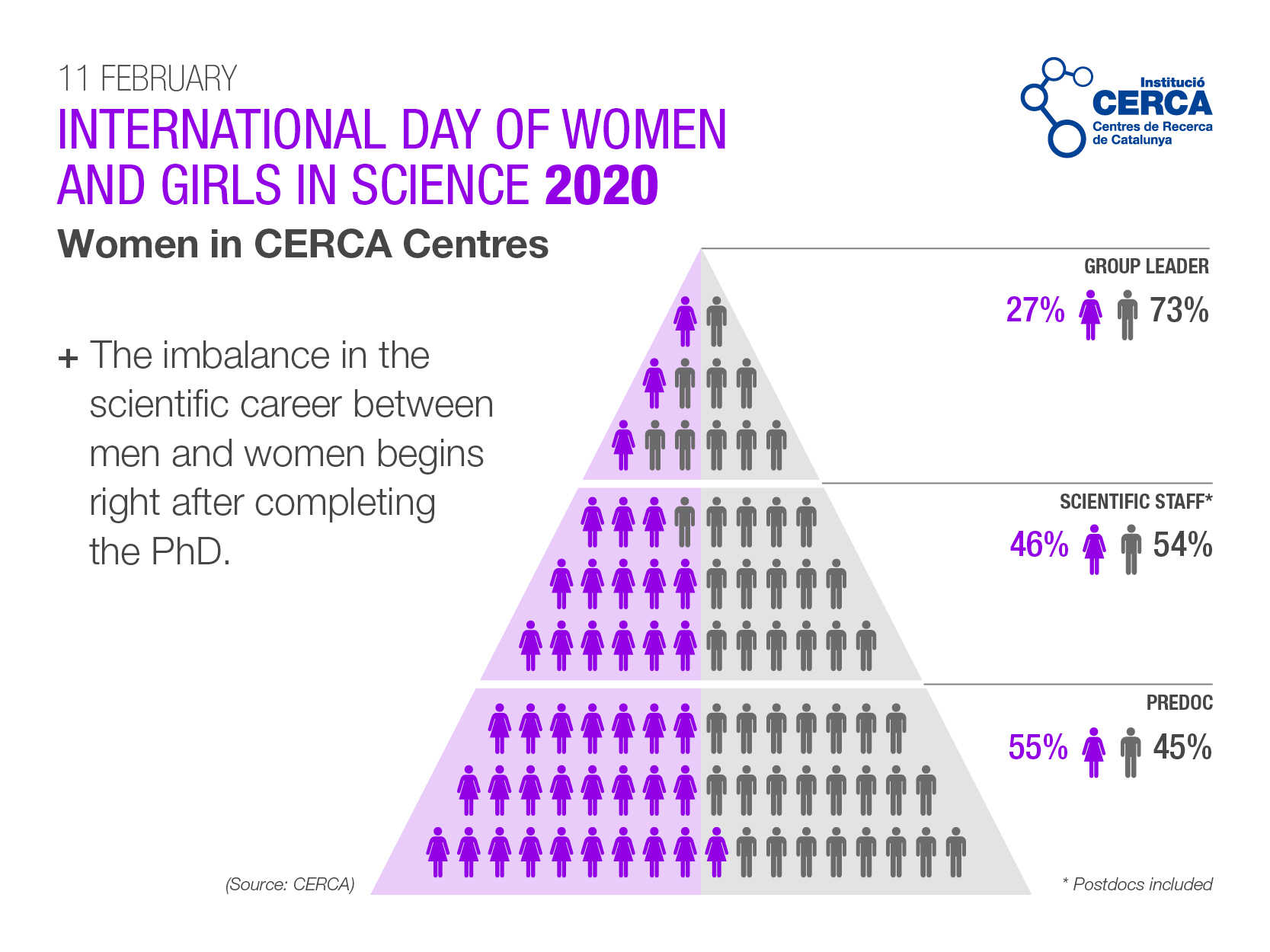 A site-wide Call to Action Section! Have you fallen in love yet? Buy This Theme!

This website uses cookies to improve your experience while you navigate through the website. Out of these, the cookies that are categorized as necessary are stored on your browser as they are essential for the working of basic functionalities of the website. We also use third-party cookies that help us analyze and understand how you use this website. These cookies will be stored in your browser only with your consent. You also have the option to opt-out of these cookies. But opting out of some of these cookies may affect your browsing experience.
Necessary Always Enabled

Any cookies that may not be particularly necessary for the website to function and is used specifically to collect user personal data via analytics, ads, other embedded contents are termed as non-necessary cookies. It is mandatory to procure user consent prior to running these cookies on your website.